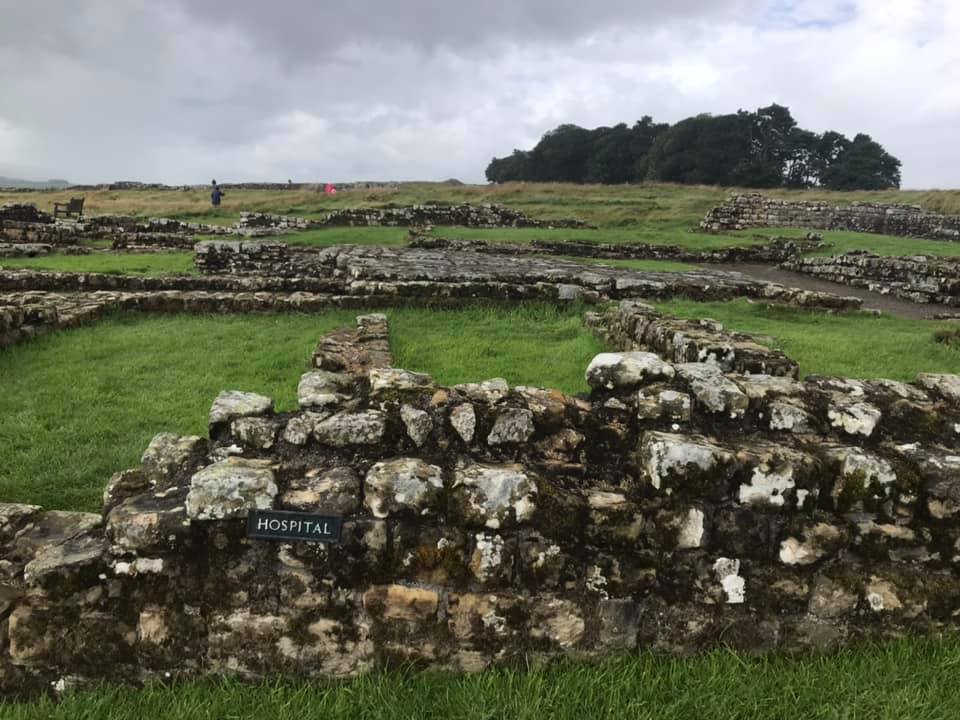 And a flying visit to Scotland!

A hastily arranged 2-week road trip visiting the National Parks of the northern England had so far taken us to the Peak District, the Yorkshire Dales and the Lake District National Parks. Now we were travelling further north to see Northumberland National Park, a park which before planning this trip, I admit I didn’t know existed! I mean, I knew of the area of Northumberland but just didn’t realise that part of it had national park status!

Looking at our route to the park from our Cockermouth base in the Lake District, we noticed just how close we were to the Scottish border so we decided to make an unscheduled pit stop in Gretna Green, pulling in to grab photos with the Welcome to Scotland sign then paying a quick visit to the Famous Blacksmiths Shop, a tourist stop with shops, restaurants and conveniences.

Waving goodbye to Scotland, it was back to England to drive towards Hexham and visit Hadrian’s Wall. We had booked a timed entry ticket into Housesteads Fort, the ruins of an old Roman Fort next to part of the wall. Housesteads is jointly owned by the National Trust and English Heritage and is therefore free to members of both although there was a standard charge to park.

Once parked up, we made our way up a long, uphill path towards the ruins in the distance. At the top of the hill, there was a building with a queue outside so we assumed we had to first go here to get our tickets scanned and gain entrance to the fort grounds. In fact, this was a small museum about Hadrian’s Wall.

Our tickets allowed us entry to the museum so we had a quick look around before walking back towards the ruins. Here there was an entry point and our tickets were scanned before we were allowed in to explore.

With the ruins being outside and visitor numbers being kept low with timed entry tickets, we were not required to wear a face covering but were advised that there was a one way system in place around the ruins. It was interesting to see the remains of the Roman fort. Sections of the buildings were labelled as to what room they would have been and there were information boards providing more details and history as to what we were looking at.

Hadrian’s Wall ran along the rear of the ruins so we made sure we had photos with it before we left.

It is possible to walk from Houseteads to Sycamore Gap, one of the most photographed parts of Northumberland National Park but as it was a wet and windy afternoon, we decided to drive back on ourselves slightly to Steel Rigg car park from which the walk to Sycamore Gap was shorter.

We took a circular walk heading out alongside Hadrian’s Wall, scrambling up and over some steep hills before finally emerging at Sycamore Gap where a lone sycamore tree lies in the valley between 2 hills. From here, we returned to the car park on a less hilly public footpath path through fields and over stiles.

After our brisk walk in the wind and rain, we continued to our base for the next 2 nights, a Premier Inn in Ashington, north of the city of Newcastle and just outside the Northumberland National Park’s boundaries.

This was the park we had done the least amount of research on only really knowing that we wanted to see Hadrian’s Wall so that evening we used the park’s official website to look up walks we could do in other areas of the park.

So the following day, we decided to drive north towards the Cheviot Hills area of the park. Here, we parked in Hethpool car park and followed an easy circular walking route alongside a river, past Hethpool Linn waterfall and through fields offering views of the Cheviots Hills. We were hoping to spot a wild Cheviot goat or two along the way but unfortunately couldn’t spot any on the hills!

From Hethpool, we drove back to the pretty town of Wooler where we visited a local bakery for tea and cake before heading into the Beamish Valley area of the park. We pulled into Bulby’s Wood car park to eat our picnic lunch by the river.

Next we drove to the town of Rothbury. Parking slightly out of town, we followed the riverside path into the centre, looking around the shops there before looping back around.

From Rothbury, we took the scenic route back to Ashington driving south through Northumberland National Park towards Elsdon, pulling over regularly to enjoy the scenery before heading east back to our hotel for the evening.

While we had enjoyed our time in Northumberland National Park, we wish we had looked into what the park had to offer a bit more past the obvious visit to the Hadrian’s Wall area. Our favourite part of the day had been our drive through the park from Rothbury towards Elsdon and wished we had reached this part of the park earlier in the day and had time to do some walks here.

But for now, it was time to leave for our final park on our 2 week road trip, the North York Moors.

Watch my vlog of my trip to Northumberland National Park here: