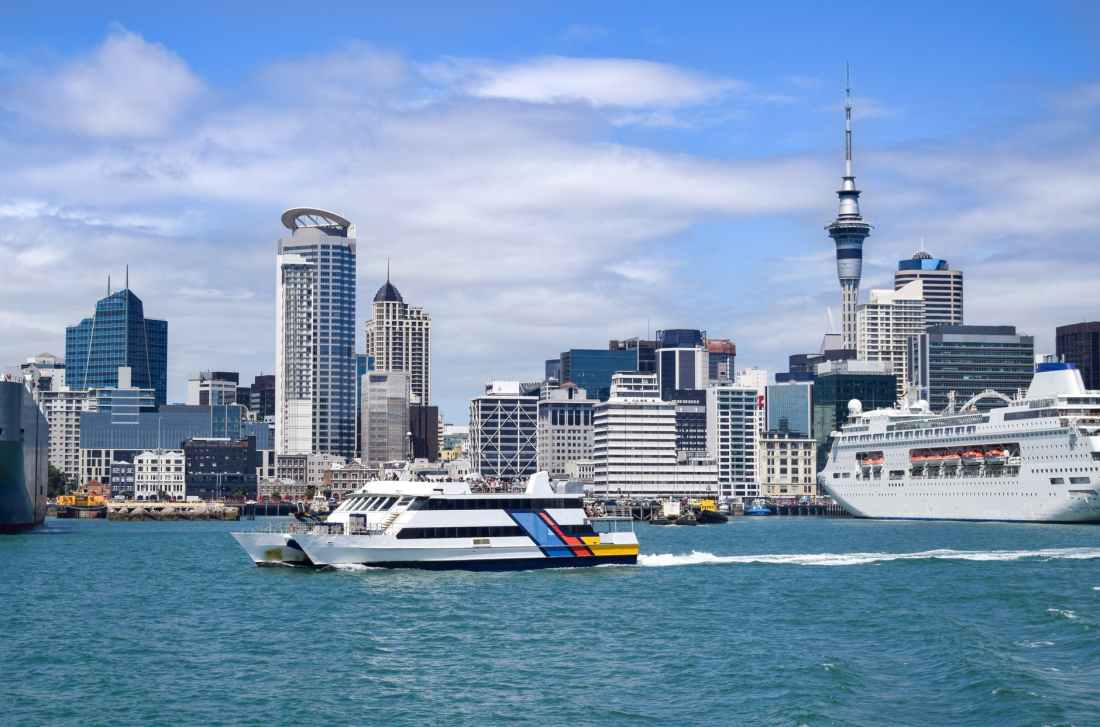 Having had a few hours to familiarise myself with the area surrounding my Auckland hotel before departing for the Bay of Isles just a few days ago, upon my return to the city, I quickly found my way back to the centrally-located Ibis Styles from the coach station.

I’d arrived back in Auckland from Paihia with with most of the day still to spare so after dropping my bags and freshening up, I was keen to get straight out and spend the afternoon exploring.

I decided to walk through Albert Park and towards the Parnell district of the city then into Auckland Domain, another of the city’s parks and home of the Auckland War Memorial Museum. I spent the next few hours exploring the museum which had an extremely varied collection of exhibits on New Zealand’s history.

After visiting the museum, I walked back to the city centre and bought a ticket for the observation deck at Auckland’s famous Sky Tower to enjoy the views over the city and the surrounding area.

The next day was my last day in the city and I’d be moving from my hotel near the waterfront to the Haka Lodge hostel in the less-central Ponsonby area of the city as that is where my tour would start from the next morning.

Short on time, I decided the best way to see the as much of Auckland as possible would be on the hop on/off tour bus.

The bus had 2 routes which crossed over in Auckland Domain at the War Memorial Museum. Route one took me out towards Bastian Point where the bus stopped at the Michael Joseph Savage Memorial. Hopping off, I walked down to the nearby Mission Bay beach then back to the memorial from where there were some pretty views of Auckland city and across the bay.

From here, the bus took us through the Parnell are of the city, passing the Parnell Rose Gardens and towards Auckland Domaine for a stop at the Auckland War Memorial Museum. I would be switching bus routes here and had some time to kill between uses.

As I’d already visited the museum the day before, I instead took a stroll to the park’s Winter Gardens and had a quick look around before making my way back to the bus stop.

The route two bus took me out to Mount Eden where I hopped off again to explore. Mount Eden is Auckland’s highest volcanic cone. The bus couldn’t drive to the summit so instead dropped us further down and I made the walk to the top from where there were some great views of Auckland’s skyline.

Back on the bus, we passed Eden Park, New Zealand’s largest sports stadium and home of the All Blacks. Then it was back to Auckland Domain where I swapped back onto a route one bus.

The route one bus took me back into the Parnell district where I hopped off in Parnell Village, grabbing some lunch, browsing the stores and visiting the nearby Holy Trinity Cathedral. Then it was back towards Auckland’s waterfront and to the stop I’d got on at in the morning.

It was late afternoon so after picking up my luggage, I caught the bus down towards Ponsonby and found my way to the Haka Lodge hostel.

It had been a busy couple of days in the city and I felt I’d seen quite a bit of what it had to offer but now I was looking forward to starting my tour of the rest of the North Island.