Part 2 of my Alaskan Adventure

Having had a disappointing trip to Lake Clark on our first day in the state of Alaska, we figured things could only get better! This evening, we would be kicking off a 10-day Grand American Adventures tour of the state with a Welcome Meeting at our hotel and tomorrow we would be departing for Seward, the first stop on our Alaskan Highlights tour, but first, we had the whole day ahead of us to explore Anchorage, Alaska’s largest city.

It was about a 10 minute walk from our hotel to the main downtown strip where all the shops, bars and restaurants were. On the way, we passed famous Anchorage resident, Star the Reindeer.

Once downtown, we grabbed some breakfast from Starbucks in the shopping mall then spent some time exploring the many souvenir stores, picking up a few last minute essentials for our upcoming tour. There was a good selection of stores, our favourite being the huge Polar Bear Gifts, claiming to be Alaska’s largest gift store!

All shopped out, we then found ourselves at the Anchorage Visitor Information Center where we saw a trolley tour of the city departing. Still having a few hours to kill before our Tour Welcome Meeting, we bought tickets for the next trolley tour.

The trolley took us out of downtown, along to the Port of Anchorage and past the Captain Cook Monument then down past Westchester Lagoon and Earthquake Park where we were told how Anchorage had suffered a huge earthquake in the 1960s – the largest quake ever recorded in North America – and how it’s effects to the landscape can be seen in the park. Then, we headed back towards downtown Anchorage past Lake Hood and Lake Spenard. Here we saw lots of small aircraft and seaplanes and were told that it’s almost as common to have these to get around in as it is cars in Alaska!

Although there wasn’t really a lot to see on the tour, our tour guide was really interesting to listen to with lots of facts about the city. But it was a shame there wasn’t the opportunity to hop off at any of the places pointed out as it would have been nice to explore Earthquake Park but we were unsure how to get back to it, not to mention short on time, after.

With it now being way past lunchtime, we decided to make our way along one of the city’s many walking trails to a retro diner we had seen on the way to our hotel the other night. Unfortunately, when we got there, it was closed – one of the downfalls of not having internet access in other countries is not being able to check these things first! – but it had been a pleasant walk past Westchester Lagoon to get there. We made do with a Subway sandwich instead and also stopped by a Walgreens to stock up on some snacks for our tour so it wasn’t a complete waste of a walk!

By the time we got back it was time for our tour welcome meeting. We met the rest of our group, just 9 of us, ranging in age from 28 to a very active 75, and our tour guide who just happened to be an Alaskan native! With the introductions and paperwork all done, we walked back into downtown to grab some pizza for dinner.

Our Alaskan adventure had been a bit underwhelming so far. We found that Anchorage didn’t really have a lot to offer and was really just a gateway city for tourists beginning or ending Alaskan tours or cruises but we were still excited to see what the state had to offer away from its largest city were eager to get on the road the next day.

Watch my vlog on my day in Anchorage here: 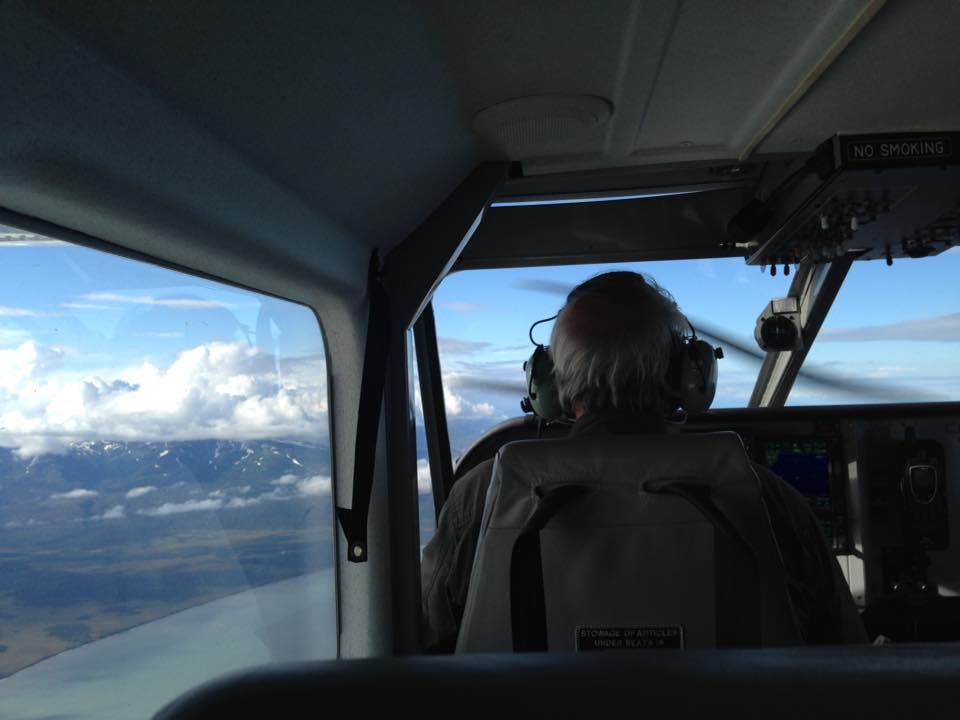 Having ticked off over 20 states on my Trek America Southern and Northern BLT tours along with a few I’d already ticked off on a few previous trips to the US, it suddenly became my aim to tick off all 50 states. So why not start with one of the most difficult?

Alaska had first crossed my mind while sat on the Trek America van the summer. A few of us were browsing a brochure that was lying around in there and all agreed the Alaskan BLT looked amazing. We jokingly agreed to all meet up again to take the tour the following year and for 2 of us, that joke became reality.

Planning the trip wasn’t all smooth-running. We added in a few days in Vancouver, Seattle and Portland before flying to Alaska and a trip to Denver after the tour, all carefully planned around the start and end date of the tour as soon as it was confirmed as running. The problems began when we were contacted by Trek America to say they had accidentally confirmed the tour and actually, we were the only 2 who had signed up for it so they’d rather not run it. We could, however, upgrade to a similar tour offered by their sister company Grand American Adventures instead.

The benefits of this would be that we’d be getting a more expensive tour with better accommodation than on our originally booked tour. The downside being that 1) it started a day later – and therefore finished a day later – meaning it didn’t fit in with the flight to Denver we’d already booked, 2) the itinerary was ever so slightly different, it didn’t go to Homer and we really wanted to do the ‘Bear tour’ – an optional extra for Homer on the original trip where we’d fly somewhere and go bear spotting, and, 3) Grand American Adventures tours are open age unlike Trek America who have an 18-38 age restriction. We were worried the trip would attract an older clientele and the social side of it wouldn’t be what we’d come to expect from Trek America tours.

With the airline agreeing to change our Denver bound flight and the hotels also accommodating changes to our plans, we eventually agreed to swap tours. As the ‘bear tours’ also ran out of Anchorage, we decided to use the extra day we’d now have there to do that to make up for the opportunity not being on the new itinerary. And so, after a few days spent in Portland, we flew to Anchorage.

Despite landing at around 11pm, it was still light there and we were pleased to find blackout blinds on our hotel room windows so it at least felt like nighttime in there!

Trek America had organised for us to the ‘bear tour’ on our first day in the city through a company they had recommended after we expressed our disappointment at it not being an optional extra on the Grand American Adventures tour and so we were up and waiting for our pick up outside our hotel the next morning. We waited. And waited. And waited. Tour anxiety is not unusual whenever we book these type of tours but usually, just as you think you’ve been forgotten, the minibus turns up. But not today. We managed to get in touch with Grand American Adventures to find out what was happening and later found out they had accidentally booked us on the tour for that date but a month earlier! A different tour was running that afternoon which was still to view bears in the wild so as there were places left on it, we were quickly booked onto that!

So after grabbing some lunch, we again waited outside the hotel for our pick up. This time it arrived on time. As we headed to the airfield, we noticed the weather was changing and there was some talk about whether our tour would go ahead but soon we were boarding a small aircraft and taking off for Lake Clark National Park. The bad weather continued forcing the pilot to fly low beneath the worst of it but eventually, we arrived safely at our destination.

After being kitted out with binoculars, we took a short drive and an even shorter hike out to an open field where we stood hidden in the trees waiting for a bear to hopefully make an appearance. It was absolutely pouring down at this point and as the weather got worse and worse, we knew that the chances of actually seeing anything out there was getting less and less. After an hour or so, we were forced to call it a day. Deflated, cold and wet, we returned to the airfield and were lead into a small cabin where a lunch – and delicious brownie dessert! – had been laid on for us before we flew back to Anchorage.

The weather now clearing, it was a much more pleasant flight than the one up to Lake Clark. Unlike the company we would have used in Homer which refunded you of you didn’t see bears, the Anchorage company had no such policy in place so it had pretty much been a waste of a day and money. We knew there was a chance of this from the start but were mainly annoyed because we knew plenty of bears had been spotted on the morning tour which we should have been on if it wasn’t for the mix up.

Not the best start to our Alaskan adventure but we had at least enjoyed the scenic flight to Lake Clark and back and we were hopeful that we would get the opportunity to see bears in the wild elsewhere on our trip!

Watch my vlog of my trip to Lake Clark here: